The importance of knowing your audience and speaking context

This left Hall, Golding and Panter, plus Brad, the drummer. But then Brad died, in , and, once more, things were put on hold. Until last year. He means photoshoots and interviews. Encore is strong, musically, with an unexpectedly broader palette that takes in disco, funk and oompah as well as reggae. For original fans, there are callbacks. I find it difficult to vote on anything, really. Whereas before, we were staunch Labour. But what are the alternatives?

It must be strange to make a comeback now, to return in your middle age at a time when Britain itself appears to be determined to return to the more depressing parts of the early 80s. Because not a great deal has changed. There are non-political songs on the album. I was diagnosed with manic depression and schizophrenia about 11 years ago and that diagnosis made a big difference, because then I started taking medication.

Hall knows that his episodes are cyclical and he can feel when a depression is coming on. But now I can feel it coming and I can also feel the medication, it blocking it. To respect people, and be kind to people, and hope that they give it back. What else have we got? The photo session is done. The dancing and non-dancing are over. Hall has another cigarette and then we gather around a table to answer questions from Observer readers and famous admirers. There are more than usual.

What moment from your height of fame are you most proud of, the moment that provides the legacy of the Specials in years to come?

Horace: Ghost Town getting to No 1. Am I imagining this? Did I dream it? Terry: They would be sieg heiling during the show.

Is pop much worse now than the early 80s or am I blinded with nostalgia? We get asked that a lot. They were funny and everything you wanted. Bit druggy, funny, they look really good. Easy Life. If I could have a vote for a band to be with us on any bill, it would be that little band. When are you happiest? Horace: Most of the time.

Lynval: With me, when we made the album, to get up and get on a train and go to work every day, come to the studio, that was really weird — but when we finished the record, I was completely lost. We had so much fun doing this record. Honestly, that made me really happy. A great moment. For Terry.

Who are yours? What are your best memories of 2 Tone? Horace: The Bilzen rock festival in Belgium in summer Nobody had heard of us, and we went on stage and just destroyed the place. There was a big fence, 12 foot in front of the stage and during the performance it got ripped down and everyone surged to the front of the stage. For me, that was the most amazing experience ever, that music could do that was incredible.

It was a sense of pride in where we were and wanted to make some sort of change.

Lyrically, I think what we were doing was all very similar. We were all in the Midlands, and the only band I remembered from the Midlands was Jigsaw, who blew it all sky high [chuckles]. Lynval: Lieutenant Pigeon. Terry: Frank Ifield. All of a sudden, something was happening. Kids were connecting with us and it just felt really important. You wrote a song about a Ghost Town, but have any of you actually seen a ghost? He died and I went down to the river with my sink pan on my head to fetch the water. It was broad daylight. 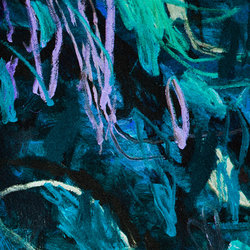 I just run. People see success as getting to No 1 and being platinum. I think the success is getting something inside, out, and getting someone to listen to it.

That is success. For the first 20 years of my life, nobody would listen to me. W hich song do you still love banging out the most? I quite enjoy that. Terry: I quite like stuff from the second album. International Jet Set and Stereotype.


I remember hearing Gangsters for the first time in when I was in an amusement arcade on my school holidays. The energy of that song stopped me in my tracks and the Specials have been my band ever since. And it felt really like the right song at the right time. I remember doing photo sessions and people thinking we were like, a gay choir, because we all had short hair.