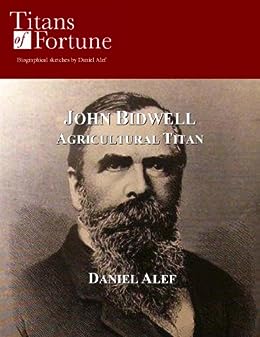 Even at this stage there were difficulties, since printed dates in titles or colophons are at best only claims that the poem was written on or published for the occasion: the work at hand might well have been written and printed in anticipation of the day, or composed retrospectively.

A ballad on 29 May, the day Charles entered London, may have been produced for sale on the day, or may show clear evidence that the poet is reporting on events after they had actually occurred. Dates added in manuscript, mostly found in the collections of George Thomason and Anthony Wood, provide evidence of another sort that is no less problematic. Such dates can tell us that a particular poem had entered circulation and, in the absence of other evidence, this can be most useful but does not provide a reliable guide to either publication or composition.

Nevertheless, these dates supply the bulk of evidence for arranging the poems chronologically and are recorded parenthetically in the Calendar; a fuller record of evidence is reported in the Checklist, which specifies copies bearing manuscript dates.

Undated Poems : I then set about the poems for which printed or manuscript dates were not to be found, first of all sorting out those for which some other evidence was available. Where possible, I set these titles into the monthly calendar or, where two or more undated poems were evidently linked in some manner -- such as theme, printer, or provenance -- but not by evidence concerning a month or season, I assembled them in undated groups.

The kinds of evidence at issue here were sometimes more detailed and so more reliable than a manuscript notation by Thomason or Wood. Henry Oxenden's letters, for instance, provide a fascinating and detailed acount of the composition, revision, costs of private publication, and difficulties engaging a printer, that were experienced by one rather desperate poet who was anxious to prove his loyalty and hold on to his family estates.

Sometimes advertisements for poems appear in newsbooks; sometimes I have followed the instincts of a previous editor.


All these datings are recorded inside square brackets. At this stage, before I attempted to address the problems of poems for which I could find no evidence for dating, the simple monthly calendar was proving less useful than before. For obvious reasons, poems tended to cluster around certain key dates and consequently required greater specificity than months could allow: May clearly needed breaking up while months later in the year were often empty. What principles other than dating might usefully be employed, either to replace or to supplement the initial monthly calendar?

With this question in mind, I set about looking among the undatable poems for any kinds of internal evidence that might help date such poems or suggest into what other sorts of groups such poems should go. At first I became much taken with the idea of beginning with all the ballads written to the tune "when the king enjoys his own again," and to end with the "trunk" ballads.

But since there were numerous poems in each of these groups that could be dated by some means, setting up such a new general principle of organization might introduce new problems and incongruities. If I were to group all ballads to the same tunes, why not all works from the same printer? If I were to group together works that constituted a collection because they were found lining a trunk, why not group together poems from other forms of contemporary collection, notably those of Thomason and Wood?

In that case, what about the collections assembled during the nineteenth century, such as the Crawford and Euing collections of broadsides? A further problem here, of course, is that copies of the same poem often appear in different collections; how should such items appear in this one? In the event, I have stuck to a general chronological arrangement as far as possible, introducing thematic groups only when it makes better sense to do so than not to.

Since the text of Martin Parker's original ballad, "When the king enjoys his own again," is itself a minor bibliographic nightmare, without any reliable evidence concerning the various versions printed for the Restoration, I have begun with a group of undatable variants of Parker's ballad, while other ballads to the same tune for which evidence of dating can be found are distributed accordingly.

Three other thematic groupings encouraged themselves into which I have included poems even when there is evidence for dating: poems exclusively concerned with recounting Charles's escape from the Battle of Worcester back in ; a group of poems written from the perspective of Scotland; 8 and a small selection of verses written on the trials of the regicides.

The copy text is the first printing, except when a subsequent printing shows evidence of authoritative revision. Long s becomes s; long f becomes f; VV becomes W. V for U is given U. Turned letters other than b, d, p, q, n and u are adjusted. Type set in the wrong font is adjusted; swash italics are represented by plain italics; extended verses more than four lines set in italics have been reversed; blackletter has been set in roman. Medial apostrophes that failed to print have been restored; reversed apostrophes have been corrected.

Spacing between words and before and after punctuation has been normalized. Titles, section titles, ornamental and oversized capital letters, the position of stanza numbers, and other similar typographical details are made uniform. Printed marginal glosses given in different font and print size have been standardized and placed on the right margin as close as possible to the site in the copy text.

Textual notes indicate Wing number, the format of the printing, and provide a full description of the title page to the copy text when required. Sigla indicate the specific copies which have been collated, providing shelf-marks to copies in public-access libraries and collections.

Sigla follow the abbreviations adopted by the Wing Short Title Catalogue for indicating library collections. Where multiple copies exist, I have attempted to examine at least five; where fewer than five copies are to be found in public access libraries, I have attempted to examine and collate all of them. Subsequent reprintings in seventeenth-century editions and collections, as well as a selection of modern scholarly editions, are indicated. Substantive and accidental variants are reported in footnotes only when they may affect meaning; no attempt has been made to record all press variants.

Otherwise, footnotes and collations indicate all editorial changes to the copy text and list substantive press variants. However, spelling, capitalization, punctuation, and typographical variants are listed only when they significantly affect the sense. This listing represents the chronological groups into which I have organized the poems and in which they will be issued.

Although the information included here should prove redundant once this anthology has been completed, my object in including this checklist here is to provide scholars working in Restoration studies with a useful tool that will help them in assessing the poetic response to the events of This list is close to being a complete record of the printed English poems that directly address the king on his return, though I am acutely aware of omissions and the likelihood of errors.

This checklist provides full titles, colophons, and location guides to the English language poems that will be included in the present anthology. All were published to commemorate Charles's return between January and his Coronation in April Many of them are separately printed items, but I have also included poems to be found embedded in other works. In searching for embedded poems, I have attempted to examine copies of every Wing title dated as well as most dated and ; there are no doubt many more of these than I have been able to find.

Entries are here arranged alphabetically by author or title in the following format: Wing number; author; title, or title page details including colophon; format; list of copies known to me. I have attempted to provide bibliographical information that will most assist scholars in finding original copies by including library shelfmarks and selected reprint information, though again these details are far from complete in every case.

Where specific copies of poems bear manuscript annotations, I have indicated so, especially when dates have been added. In citing libraries, I again follow the abbreviations adopted by the Wing project, adding shelfmarks to copies that appear in major public-access research collections. In line with the policy of the anthology as a whole, omitted from this list are printed poems addressed primarily to General Monck or other members of the royal family, anti-Rump satires, and foreign language poems.

Orthography has generally been simplified, though irregular use of capitals has been retained when evidently deliberate eg Ralph Astell's poem.

Steve Irwin: The Incredible Life of the Crocodile Hunter

Copies: L c. Format: bl brs. A reply to The Cavaliers Complaint see below. Reprint: Ebsworth MDC , pp. Variant printings Copies, C L1 c. An Echo to the Cavaliers Complaint. Copies: MC Halliwell Phillips, Copies: O Wood 76 , in this copy the original printed date of "" has been emended in hand to ""; this is really another copy of C; L2 c.