Get e-book The Soviet Decipherment of the Indus Valley Script: Translation and Critique 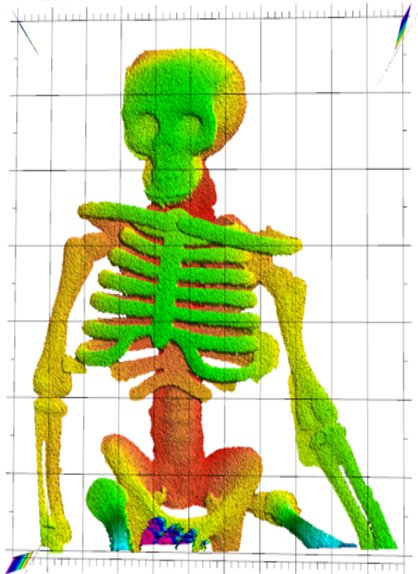 The readings seem contrived and often bombastic, as do most of the proposed readings based on Dravidian. It may seem strange that Rao's decipherment has never been analysed and eventually corrected and reformulated by an accomplished linguist. Science progresses because new hypotheses of one researcher are tested independently and repeatedly by his colleagues. Acceptance of S. Rao's decipherment According to W. Rao's decipherment of the Indus script has met with considerable acceptance and will serve now as a basis for further and continuing study of the language of the ancient Indus Valley civilization.

Rao himself reports with some pride that his reading of the Indus script is being accepted by scholars and institutes in the West. See the acknowledgements in S.

Rao: Decipherment of the Indus Script , p. Given the ease with which all Indian contenders in the debate claim to have the world on their side, and given the widespread suspicion among Westerners that Indians starting with all those travelling babas selling instant enlightenment tend to be cheats, Prof. Rao must have some patience with skeptics who will only believe him when they personally hear these commentators repeat their approval.

Moreover, what does it prove that some president of the Epigraphical Society of India accepts Rao's theory, when so many academics of equal rank accept the Dravidianist theory?

The Soviet Decipherment of the Indus Valley: Script: Translation and Critique - Google книги

Perhaps these scholars simply accept Rao's theory without studying it because they cannot countenance the idea that the great Prof. Rao, one of the most successful archaeological researchers of our age, could risk his reputation with a mistaken theory as if great scholars never make mistakes, particularly when they venture outside of their strict field of competence, as Rao does? Or perhaps they are simply being polite?


Rao reproduces a letter from Dr. David Diringer, founder-director of the Alphabet Museum in Tel Aviv: "Very sincerely I have to congratulate you on the decipherment of the Indus script The article is published in Prof. Rao's 70th birthday felicitation volume: over pages by dozens of contributors. How is it possible that the editors have not put any of their graduate students to work on reviewing Prof.

Rao's decipherment, on testing his decipherment on newly discovered seal inscriptions, on surveying its reception by the academic community? Consider the oddity of the situation.

A Rosetta Stone for the Indus script - Rajesh Rao

The Indus script has been an enigma for decades; suddenly it is deciphered; the result Indo-Aryan rather than the expected Dravidian makes a far-reaching revision of ancient history necessary; and yet, this has not become a cover-story in any scholarly journal, this has not been made the topic of an extraordinary international symposium, and in fact many indologists we personally know have not even heard of it.

Compare: not more than a handful of mathematicians understand the problems involved in proving Fermat's theorem; but when recently the proof was finally found, it was given coverage in the TV news programmes worldwide. Apparently the Indo-Aryan Harappa proponents are very smug about Rao's findings, and insufficiently aware that the scientific community only accepts theories which have been tested by researchers independent from the original proponent. Even Rao's fans and all those Indians who applaud his decipherment have not moved a finger to strengthen his case by adding some research of their own along the same lines.

The very fact that many people working on ancient Indian history can continue their business as usual without being disturbed by the revolutionary implications of Prof. Rao's decipherment, could be and is being read as a sign that there is something fishy about this sensational breakthrough. For a really convincing testimony, even sympathizing scholars would first like to see the champions of a non-Sanskritic decipherment climb down from their positions and accept Rao's reading openly.

As long as the authorities who linked their names to established theories are not willing to concede defeat, most non-insiders will have the healthy conservative tendency to rally around them rather than around the innovators. On the other hand, the stubborn rejection by these authorities would look more convincing if at least they spoke out about the new theories which challenge their own. It is in itself amazing, but in the context of the AIT debate rather characteristic, that so little debate has taken place between the Sanskritist and the Dravidianist schools. The burden of proof is shifting towards the Dravidian hypothesis, which has not yet yielded any convincing results.

And its advocates are not reacting very vigorously. In his last book on the decipherment problem, The Harappan Civilization and its Writing.

Rao's proposed decipherment was made known, Walter A. Fairservis jr.

Many writers display the same total disregard for the non-Dravidianist approaches, e. LXII, , p. Asko Parpola dismisses the Indo-Aryan Harappa school curtly: "It is now common knowledge that Brahmi first attested in Asoka's edicts c. And yet some researchers still insist on deriving the Brahmi and with it the modern Indian scripts from the Indus script.

Unfortunately, scholars tend to cite a colleague's mere hypothesis as an argument of authority. So many certainties in this field are merely someone's half-serious opinion quoted over and over again. But no further discussion about the rights and wrongs of these attempts is given. In his magnum opus, Deciphering the Indus Script , Parpola mentions Rao in an archaeological context, and Rao's Dawn and Devolution of the Indus Civilisation which includes the decipherment figures in the bibliography, but not one word is spent on Rao's or anyone else's Sanskrit-oriented decipherment.

This is but a special case of a more general tendency. Two recent Indian publications specifially intended as contributions to "the current debate on whether or not the Aryans were the indigenous inhabitants of India", i. Rao's proposed decipherment.

Reference is to S. Biswas: Autochthon of India and the Aryan Invasion , which claims to be written in the spirit of Dr. Ambedkar, though he had argued elaborately against the AIT ; and R. Sharma: Looking for the Aryans Scholarly amendments to S. Rao's reading Among the all too brief scholarly reactions to Prof. Rao's decipherment, a few are interesting because they share his general approach while not going along with him into the details of his decipherment. John E.

Mitchiner, after dismissing some fanciful Indian attempts at decipherment, mentions that "a more soundly-based but still greatly subjective and unconvincing attempt to discern an Indo-European basis in the script has been that of Rao". Mitchiner: Studies in the Indus Valley Inscriptions , p. Rao: Lothal and the Indus Civilisation ch. But here, reference is to Rao's earliest attempt at decipherment, written 20 years before the detailed decipherment in his Dawn and Devolution of the Indus Civilization in which Mitchiner's feedback has been taken into account.

For the rest, Mitchiner is on the same trail as Rao: in his opinion, it would be "unwise to exclude the possibility of a form of 'Proto-Indoaryan' language as being enciphered in the Indus inscriptions", and acknowledging that earlier scholars had "advocated a continuity between the Indus and Brahmi scripts", he notes that "many of the Indus signs are very closely similar to Brahmi signs", and that both Ashokan Brahmi and the Harappan seal inscription sometimes use the boustrophedon writing-style leftwardly written lines alternating with rightwardly written ones.

Mitchiner: op. Surveying Prof. Since "the period dealt with spans virtually the entire millennium between the downfall of the Indus Civilization c. This, then, seems to be a point on which serious research is increasingly converging: there is a direct continuity from the Harappan script through the sparse remains of inscriptions in the so-called "dark age", and down to Brahmi.

Brahmi would thus not be a daughter but possibly a sister of the Phoenician alphabet, as was hitherto assumed. That Brahmi was adopted from the "ancient Sindh-Panjab script of the non-Aryans" rather than from foreign sources had already been suggested in , within the AIT framework, by. Chatterji Indo-Aryan and Hindi , p. Deshpande in: "Genesis of Rgvedic Retroflexion. A Historical and Sociolinguistic Investigation", in M. Several other findings confirm this continuity.

As Mitchiner notes, it had been observed soon after the discovery of the Indus cities that the signs on the Indus seals "show virtually no evolution whatever throughout the centuries of their usage in the Indus civilization", while "from the inception of the punch-marked coinage around BC down to its later form around AD -- nearly a millennium later -- there is a remarkable lack of evolution or change" that fabled or notorious conservative trait in the Hindu character , so that "it would seem reasonably likely that these signs and symbols which recur between the Indus and later Indian civilizations demonstrate a further continuity of culture between the two".

Moreover, Indian seals from around the turn of the Christian era, bearing inscriptions in Brahmi script, present the same types and visual make-up as those from the Harappan period: "Such later seals frequently portray an animal-figure, above which appears the inscriptional legend -- just as in the case of the Indus seals.

Two main types of seal-impressions may be found: one was attached to parcels and letters, and shows stringmarks at the back; while the other was used more as a kind of token, and generally has a hole at the back by which it may be suspended. Once again, precisely the same two types are to be found among Indus seals.

From various angles, Mitchiner tries to decipher specific items in the Harappan seal corpus. His conclusion: "We have now reached a stage where it is possible to conclude that the language of the Indus inscriptions may very well be an early form of Indo-Aryan.

In the first place, we have concluded that the inscriptions contain the names of towns and regions, both within and beyond the Indus Valley: such names denoting the places from which and to which certain items of merchandise are being conveyed. In the second place, we have concluded that the language used in the inscriptions is an early form of Indo-Aryan. Mitchiner's reading of particular signs partly overlaps with Rao's. The details will have to be worked out between the competing schools of the Indo-Aryan interpretation, but at least the essence of Rao's position is being supported here by an outsider above suspicion.

Subhash Kak has applied the best instruments created by modern science to compare the Brahmi and Harappan scripts. He concludes: "My analysis of Indus and Brahmi based on computer-created concordances, revealed obvious connections between the two scripts that could not be explained as arising out of chance.